Being asked to generate this kind of realistic solution requires letting go of the childlike fantasy in which one can have all upside and no downside. It requires really digging into an issue, developing a depth of understanding that goes beyond drive-by feedback. As the officer quoted above observed, by mandating that any critique be coupled with a counterproposal, Ike’s policy “made for more careful scrutiny and analysis.”

Not long ago I thought that this arrangement—requiring realistic solutions be provided when criticizing current ones—was unhealthy. I thought that it also led to people generally not speaking up when they saw a problem. But I now see that there are two different scenarios: raising issues and providing criticism.

“Always bring me problems,” is an important policy. It encourages people on a team to speak up when they see something they believe is a problem. The team then benefits from everyone’s perspectives, a culture of openness and honesty is created, and even when mistaken less-experienced people learn from their practice at assessment of problems. This is a different scenario than the one of criticism.

One of the hallmarks of constructive criticism is that it provide alternatives. In this scenario it is not sufficient to simply point out flaws or problems. To encourage deeper understanding each person must be challenged to find an alternate proposal. Doing so requires each person to understand the goal and the realities which constrain the possible courses of action. This type of constructive collaboration, where criticism is of the idea and not of the person, is where teams can really multiply the impact of the individuals’ efforts.

To put it as a spin on acting improvisation: Where improv instructs us to avoid, “no,” preferring, “yes, and….” Constructive criticism requires, “no, and….” 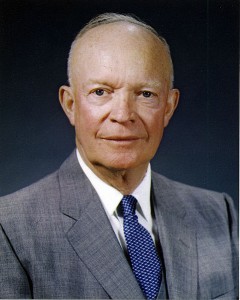 There is nothing wrong with America that the faith, love of freedom, intelligence, and energy of her citizens cannot cure.

No person, no home, no community can be beyond the reach of this call. We are summoned to act in wisdom and in conscience, to work with industry, to teach with persuasion, to preach with conviction, to weigh our every deed with care and with compassion. For this truth must be clear before us: whatever America hopes to bring to pass in the world must first come to pass in the heart of America.

The peace we seek, then, is nothing less than the practice and fulfillment of our whole faith among ourselves and in our dealings with others. This signifies more than the stilling of guns, easing the sorrow of war. More than escape from death, it is a way of life. More than a haven for the weary, it is a hope for the brave.

This is the hope that beckons us onward in this century of trial. This is the work that awaits us all, to be done with bravery, with charity, and with prayer to Almighty God.