The vast majority of these resources are not directly related to the information on the page, and I’m including advertising. Many of the scripts that were loaded are purely for surveillance purposes: self-hosted analytics, of which there are several examples; various third-party analytics firms like Salesforce, Chartbeat, and Optimizely; and social network sharing widgets. They churn through CPU cycles and cause my six-year-old computer to cry out in pain and fury. I’m not asking much of it; I have opened a text-based document on the web.

This is a long, in-depth read. You will be an immensely more well-informed user of the Interwebs after you read it— about six times.

Meanwhile, have you heard of the magical analysis tool that is http://gtmetrix.com ? You have now! Start dropping your favorite web sites into its analysis magic, sit back and weep at what we’re using the Internet for.

These screenshots are just the tip of the iceberg. GTMetrix shows an insane amount of detail. 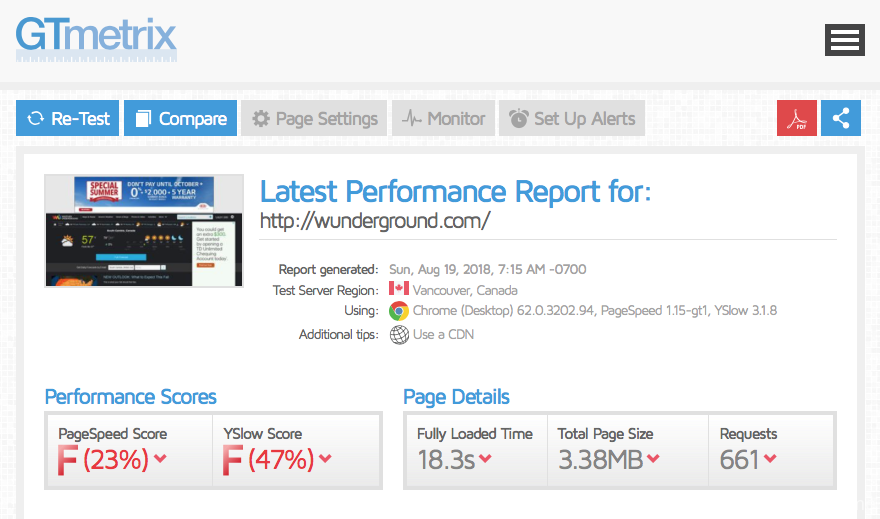 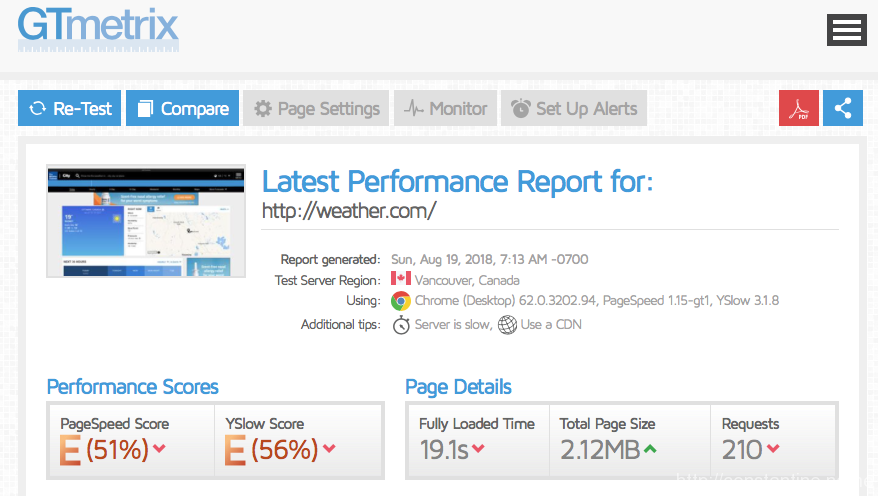 
You can also subscribe to my RSS feed, or learn about RSS.